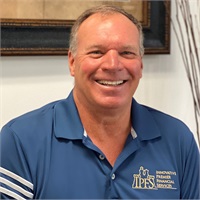 Jim has a long history and appreciation with financial services where he had licenses decades ago.  In 1991 Jim started serving Teachers by working at Texas Athletic Supply in Houston as commissioned salesman.  After a couple of successful years with the company, he decided to acquire it and ultimately set up a family franchise with the business through the Midwest.

After selling the Texas Athletic Supply to Sportime in 2002, he stayed on with them as their first Regional Sales Manager developing regional sales teams nationwide.

In 2010 Jim moved to US Games, as their first National Account  Manager and again developed Regional Sales Team nationwide.

Jim now moves into his encore career as he continues to serve the people and business owners around him with their comprehensive financial wants.  Jim’s drives his passion by educating financial literacy so the people that he cares so much about are enabled to make and understand sound financial decisions.

Married to Kim for 22 years with two daughters. Megan a recent graduate from SFASU, has started her career in Hospitality Management. Carleigh is a sophomore at Texas A&M, majoring in Engineering.   Green Bay Packers and Wisconsin Badgers fan. Born and lived in Wisconsin until the age of 21 where Houston has been his home since. Jim is an Avid health and fitness advocate bicycler, marathoner, and a triathlete. Trained and completed 3 Ironman races in 2015, 2016, 2019

*Jim is a Texas licensed insurance agent and has no association with NEXT Financial, Inc.